Financial inclusion is a flagship programme of the Govermment of India to ensure a bank account to every household in the country. It has been given its due priority by the Government of Assam and has been regularly monitored through the forum of State Level Bankers Committee (SLBC).

The public sector banks have effectively undertaken the financial inclusion campaign in Assam. With the active involvement of SLBC, the banking network in the State has widened over years. Commercial banks has increased its footprints to 2173 branches as on September 30, 2015, from just 1297 branches as on March 31, 2001.

One Family One Bank Account: With the growth of rural income due to introduction of employment generation schemes by the Government of India, the demand for various financial services like home loan, crop loan, education loan, remittance services have witnessed tremendous growth in the rural areas.

To cope with the sudden spurt of interest and give renewed thrust to the financial inclusion programme, Prime Minister Narendra Modi launched the Pradhan Mantri Jan Dhan Yojana (PMJDY) on August 28, 2014.

PMJDY aims to give universal access to banking facilities for all households across the country through a bank branch or fixed point banking correspondents called Bank Mitra. The aim of opening of one bank account per family to ensure financial inclusion has been quite successful Assam. A total of 63,30,558 A/Cs have been opened in the State as on March 31, 2016.

Financial Literacy Centres (FLCs): To make the financial inclusion more effective, a great deal of public awareness campaign is to be undertaken by the banks. FLCs have been established in all the districts across the state. In Assam, a total of 1553 Financial Literacy Camps has been organized by all rural bank branches upto March 2016 during the FY 2015 – 16. 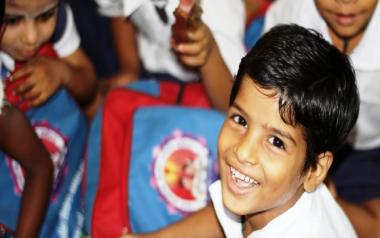