The Government also has enacted ‘The Assam Protection of Interests of Depositors (In Financial Establishments) Act, 2000’ which has been amended in the year 2013 and 2015. Rules the Act were also framed in the year 2005, which were amended in 2014. Offences committed under this Act have been made cognizable and non-bailable within the meaning of the Code of Criminal Procedure, 1973.

During 2015-16, the Government of Assam initiated a training programme for giving training to field level officers of various departments like civil, police, land revenue, taxation and economic offences wing on matters relating to unauthorised acceptance of deposits from public by NBFCs and other entities for proper disposal of cases. During 2015-16, a total of 126 officials were given training in six different training programmes at the Assam Administrative Staff College, Khanapara.

The Director, Institutional Finance has been notified as the ‘Nodal Officer’ for Finance Department to coordinate with various agencies on the regulation of NBFCs and deposit acceptance activities of UIB etc.

SDO(Civil), SDO(Sadar) and ADC in the District Head Quarter in every district has been empowered under Section 45(T) of the RBI, Act, 1934 to apply before the competent Court for issue of search warrant for acts in violation of Sec 45(S) of the RBI Act, 1934.

Government of Assam has been issuing public notices from time to time to make the public aware of the menace of the investing in fake financial establishments making false promises of high return which disappears after collection of huge amount from the public. 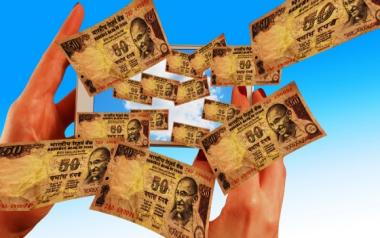